The Indian Prime Minister Mr. Narendra Modi has brought forward two key solar initiatives: “Make in India”, a program introduced to attract foreign investment, and “OSOWOG” – One Sun One World One Grid” to bolster local solar PV manufacturing in India. These two initiatives go hand in hand with India’s wish for a self-reliant economy in the post-COVID-19 era, as supply disruptions from China due to the COVID-19 outbreak and subsequent shortage of solar components and solar PV modules have impacted India’s ambitious energy target of achieving 100 GW of solar only capacity by 2022. Solar power can play a key for India to become self-reliant (atmanirbhar) as market reports indicate. India’s leading solar manufacturers have extended their support towards the self-reliant India campaign Atmanirbhar Bharat Abhiyan and sought the government support to provide a level-playing field for realizing the full potential of the solar sector.

This campaign, Atmanirbhar Bharat Abhiyan has certainly opened up a huge opportunity for India’s solar ambition as 18 solar PV manufacturers (both local & US-based) have responded to the call,  evincing interest in solar PV value chain manufacturing (polysilicon to high-efficiency solar PV module ). However, it is also time for the Indian government to implement the urgently required reforms on the ground.

In this important discussion on Indian solar PV manufacturing, we will explore the hidden treasure of this ambitious plan for the solar manufacturing industry in India and discuss the path forward for the next 3-5 years. 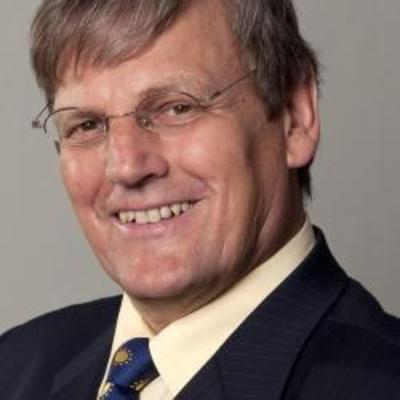 Prof. Eicke Weber is Chair of the European Solar Manufacturing Council ESMC and Chair of the Scientific Committee for SWC 2021. Previously he was CEO of the Berkeley Alliance for Research in Singapore, BEARS. Till the end of 2016, he was Director of the Fraunhofer Institute for Solar Energy Systems ISE and Professor for Physics / Solar Energy at the Albert-Ludwigs-University of Freiburg, Germany. In 2015-17 he served as President of the Association of European Renewable Energy Research Centers EUREC. He served as founding president of the German Energy Storage Association BVES (2012-16) and is a member of the German Academy of Science and Engineering (acatech). 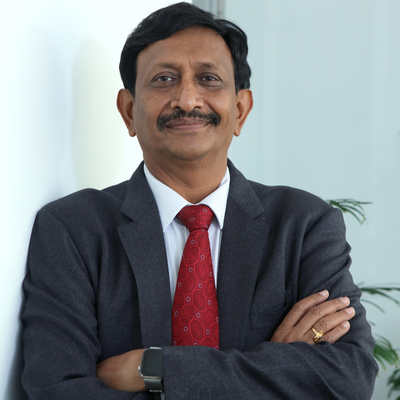 A business leader with 34 years of experience, Mr Vutukuri is the Chief Executive Officer of Vikram Solar Limited. He has been aiding the growth of Renewable Energy in India and across the globe for more than 2 decades. In his dynamic career, characterized by building businesses, international assignments, successfully starting up and growing businesses profitably, he has successfully delivered business goals and profits.
In his previous assignment, he has worked as the President and CEO- Diversification at Inox Wind
Ltd. and served in leadership positions at several organisations including Business Head/Chief Executive India Business (South and East) and South East Asia markets at Suzlon Energy Ltd.
His involvement in the rapidly growing RE sector has led him to hold seats of importance at various
industry and chamber bodies: Chair, Wind energy group of FICCI (Federation of Indian chamber of commerce and industry); Member, Renewable Energy Council, FICCI;  Member, BRICS working group- BRICS council.
He is a post-graduate in International Business (MBA) from Copenhagen Business School,
Copenhagen and he also graduated from National Dairy Research Institute (NDRI). 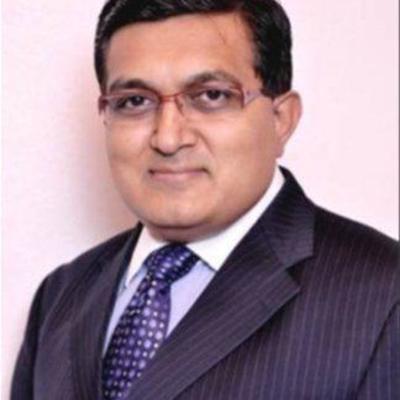 Dr. Hitesh Doshi, born in 1967 is Chairman and Managing Director of India's Largest Solar Module Manufacturing Company, Waaree Energies Ltd. He started his business in instrumentation in the year 1985 and now it is spread to many different fields and over 68 countries.

In addition to being a stellar businessman, Mr Hitesh is also a staunch philanthropist who believes in supporting the well-being of human kind and focused on Sadharemik Bhaktisss, Education with active participation In Various institutions. Some of them Shri Mahavir Jain Vidyalaya, Jain Education & Empowerment Trust (JEET),  Sanskar Shakti, Sidhashetra Balshram, Sukrut Sagar  he is also Patron member of JATF.

In the year 2017 Dr. Hitesh Doshi received Doctorate of Professional Entrepreneurship, from European Continental University (ECU) of State of Delaware, USA.  Personally he and his companies have received over 120 awards right from some of them are from Government of India, Presidential Award, EEPC, Economics times, etc. 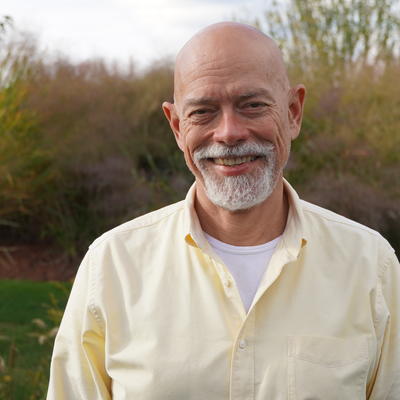 Frank van Mierlo is the CEO of CubicPV, which resulted from the merger of US silicon wafer manufacturer, 1366 Technologies, and US perovskite developer, Hunt Perovskite Technologies. CubicPV is creating a solar future defined by more powerful tandem solar modules and dramatic reductions in the cost of electricity. CubicPV is on track to create the world's most efficient solar panel based on a proprietary tandem technology. Frank has more than 25 years of experience in engineering, business development and management at leading technology companies across the globe. Prior to his work with CubicPV, Frank started Bluefin Robotics Corp in 1997 together with Dr. James Bellingham. Under Frank’s leadership, Bluefin enjoyed double digit growth and consistent profitability. In May 2005, the company was sold. Bluefin is currently a thriving division of General Dynamics. 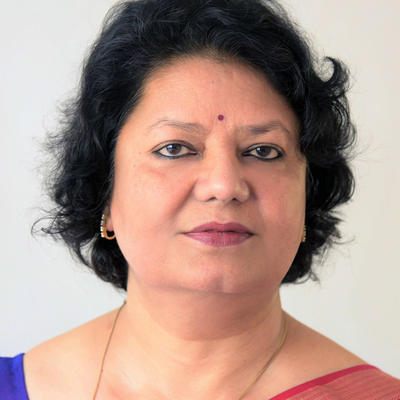 Gauri Singh is a career bureaucrat with over thirty years’ experience in policy formulation,
implementation and policy advocacy in the field of renewable energy, sustainable development and
livelihoods. She has worked at federal level in the Government of India and in Madhya Pradesh.
At federal level, in the field of new and renewable energy, she has vast experience of policy
formulation, coordination, and international cooperation. Policy initiatives led by her include, the
policy framework of National Solar Mission of India 2010, to build solar power capacities in India.
Ms. Singh has also worked at IRENA earlier, as Director, Country Support and Partnerships
and was responsible for regional and country level initiatives. She spearheaded partnerships with
regional energy and economic organisations. 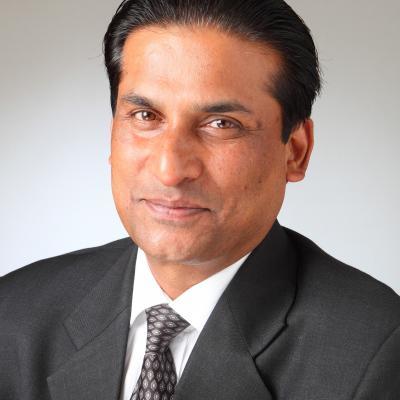 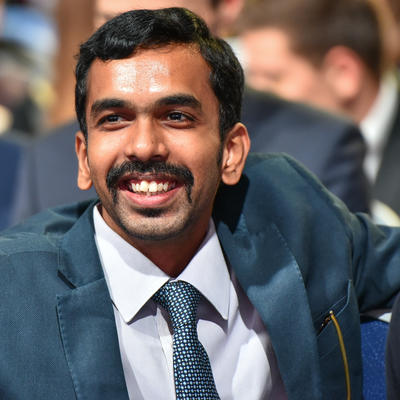 Subrahmanyam Pulipaka is the youngest Chief Executive Officer of the National Solar Energy
Federation of India.  The National Solar Energy Federation of India (NSEFI) is an umbrella
organisation representing solar energy companies in India that are active along the whole
photovoltaic value chain: project developers, manufacturers, engineering companies,
financing institutions and other stakeholders.
Pulipaka is the recipient of BRICS Energy for Thought - Young Scientist award - 2018. Previously
he was the co-founder and CEO of Soreva Energy, one of the 10 Energy startups
representing India at RISE-2017, Hong Kong. Subrahmanyam is one of the 50 Indian young
CEOs shortlisted for Global Entrepreneurship Summit- 2017.
He is an alumnus of BITS Pilani and is also the founding chairman of India Africa Youth
Energy Forum (IAYEF), a platform dedicated to nurture future energy leaders in the Indian
subcontinent and African continent. He also started a series of Youth Energy Dialogues for
carrying forward the youth centric energy revolution dialogues in different cities in India as
well as different countries in Africa.
He has been involved in active research on the reliability of solar photovoltaics and he has also been actively involved in solar skill development and policy deliberation activities and addressed various intergovernmental sessions in India, China, Russia and Rwanda. 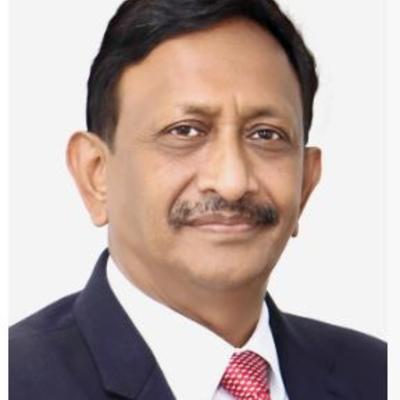 A business leader with 34 years of experience, Mr. Vutukuri is the Chief Executive Officer of Vikram Solar Limited. He has been aiding the growth of Renewable Energy in India and across the globe for more than 2 decades. In his dynamic career, characterized by building businesses, international assignments, successfully starting up and growing businesses profitably, he has successfully delivered business goals and profits

In his previous assignment, he has worked as the President and CEO- Diversification at Inox Wind Ltd. Mr. Vutukuri has previously served in leadership positions at several organisations including Business Head/Chief Executive India Business (South and East) and South East Asia markets at Suzlon Energy Ltd apart from other leadership roles.